Yue Minjun was Born in Daqing, Hei Long Jiang province, China in 1962. In 1968 he moved to Beijing and in 1979 he worked as an electrician in the Ocean Oil Company in Tianjin.

Yue Minjun, with Fang Lijun, is one of the most important Beijing-based artists of the Chinese avant garde. He is part of the key movement of the post-1989 era in Chinese avant garde art - Cynical Realism. Cynical Realism developed in the aftermath of the events of 1989 which included not only the demonstrations at Tiananmen Square but also the closure earlier that year of the China Avant Garde exhibition at the China National Gallery in Beijing by the authorities.

Yue Minjun works are instantly recognizable by the characteristic laughing figure, actually the artist himself, depicted in various guises in virtually all his works. The figure has more teeth than one could possibly want, like the expensive smiles of fashion models advertising the latest whitening power of a toothpaste brand. This figure also shares the exaggerated nature of these advertising images. Yue Minjun trademark smile is many things at once. It is hilarious and infectious yet cynical and mocking. It appears superficial, mindless, even ridiculous but is deeply revealing and compelling.

There are instant parallels to be drawn with the Social Realist propaganda posters of earlier eras of communism. There are the bright colors, the intense enthusiasm in the expressions of the figures and the implied joy and total fulfillment if one adopts the message of the poster/painting as one own mission.

Yue Minjun was selected by Harald Szeemann for the 1999 Venice Biennale. In May 2000 Chinese Contemporary gave Yue Minjun his first solo exhibition ever. 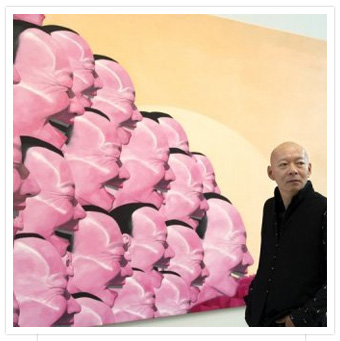 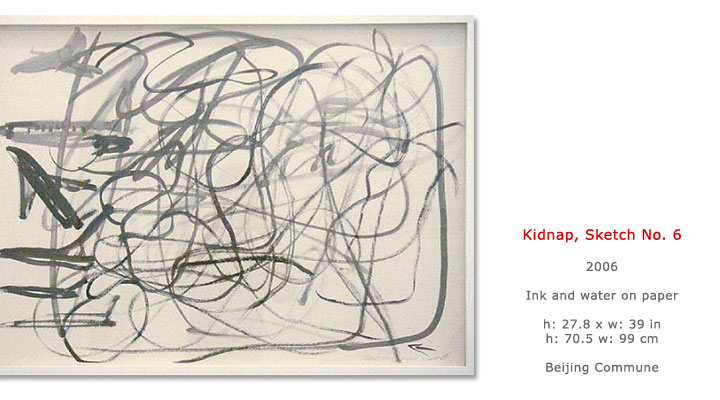 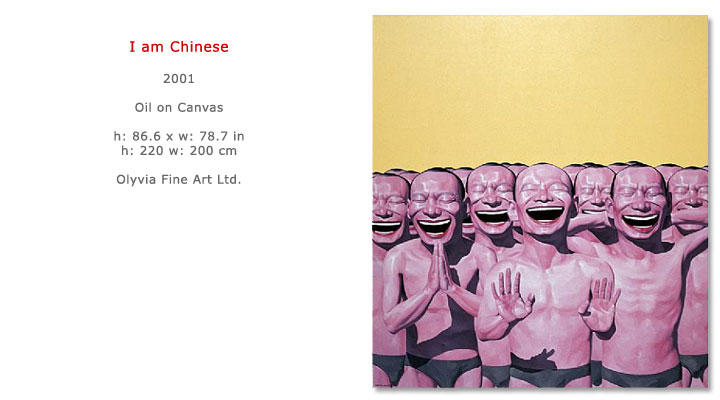 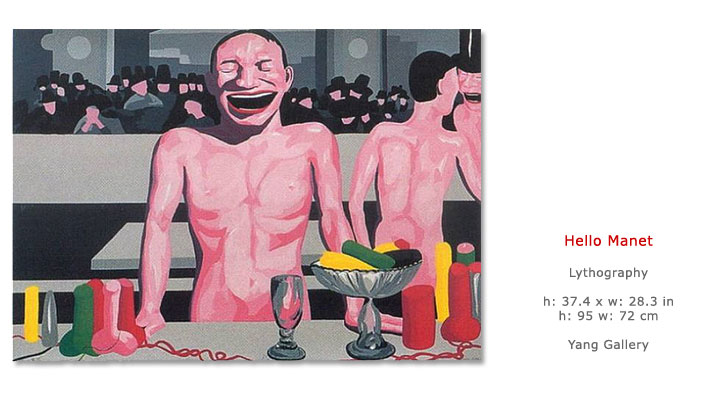 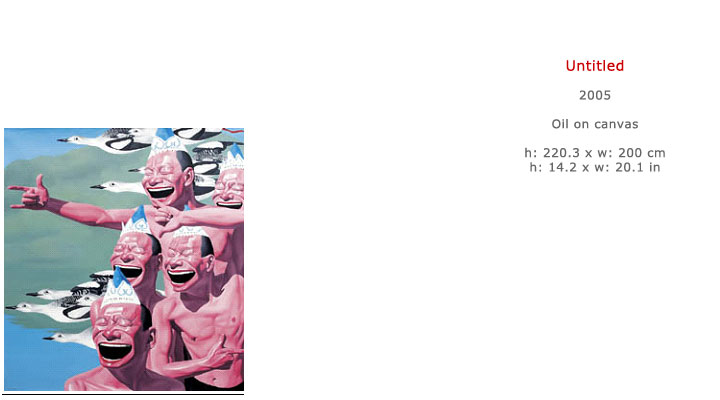 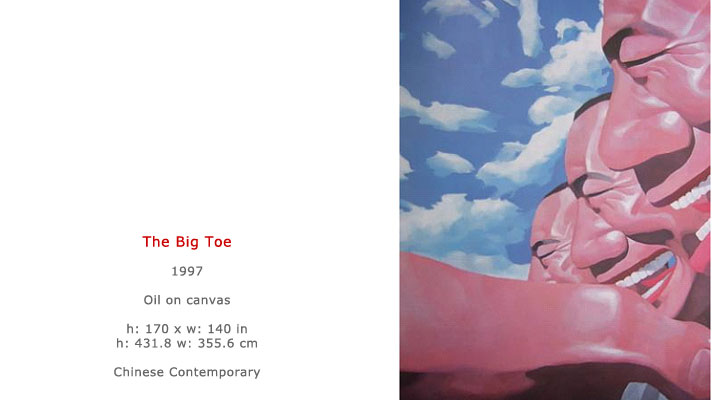 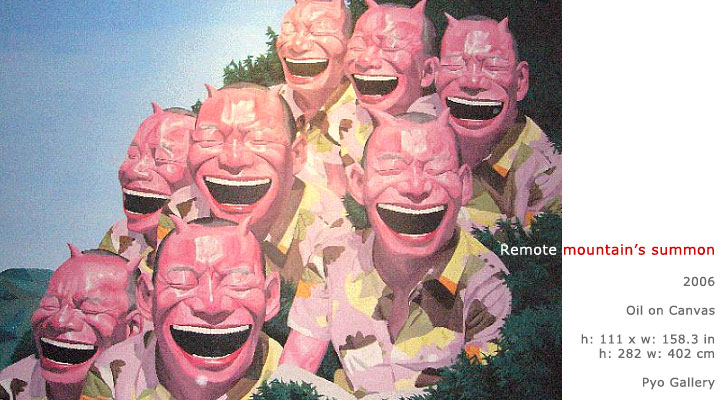 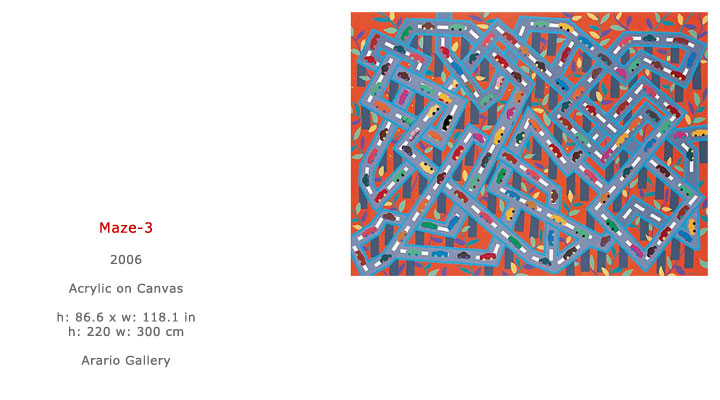 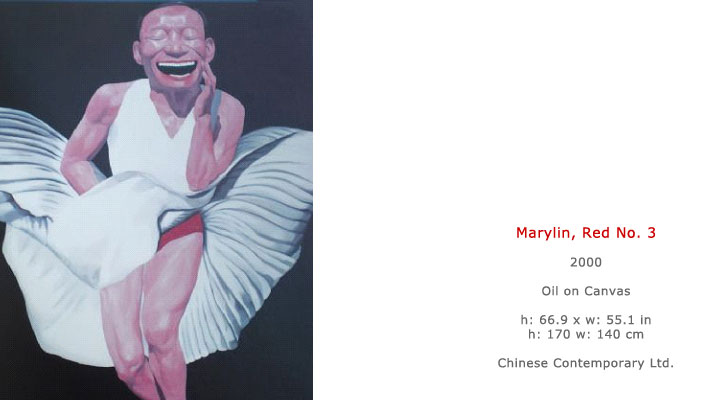 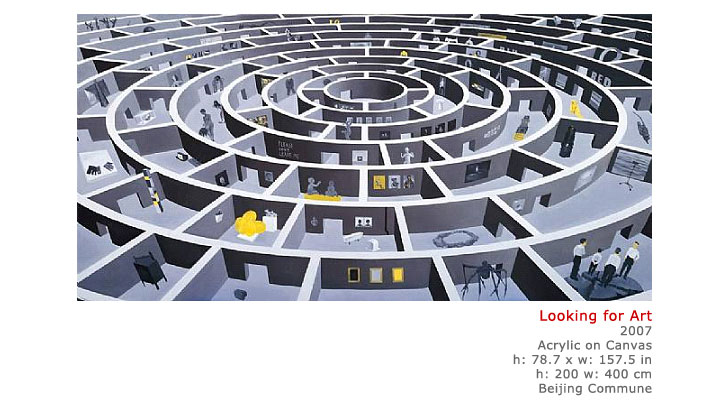 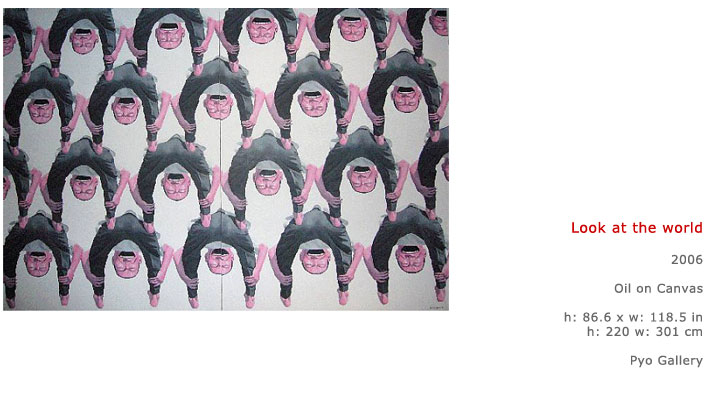 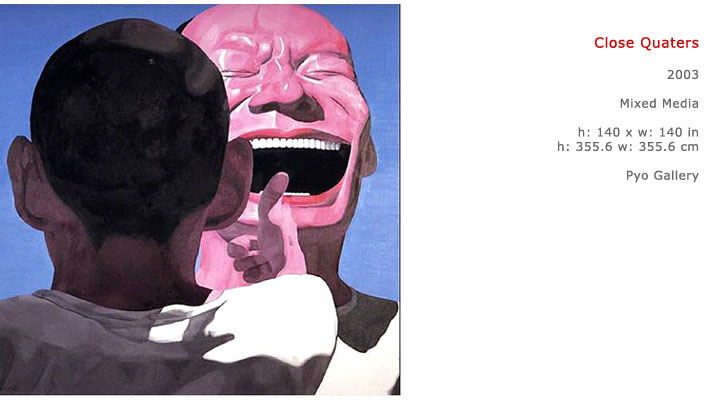 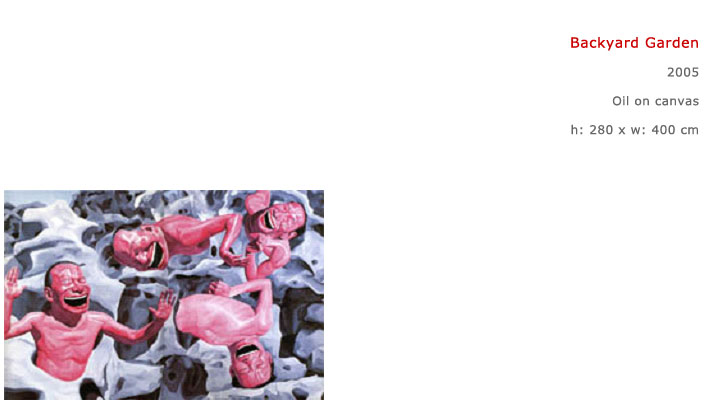 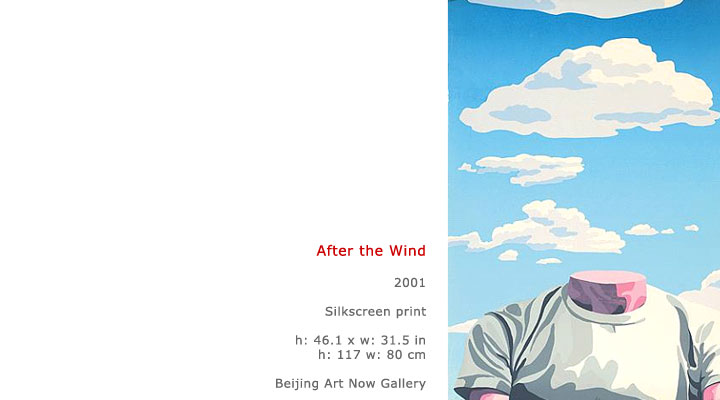