Yang Shaobin was born in 1963 in Tangshan, Heibei Province, China. In 1983 he graduated from the Polytechnical University, Hebei, and in 1991 he moved to the artist village at Yuanmingyuan, Beijing. Finally, in 1995 he settled at Tonxian, a suburb of Beijing.

Yang's work has been exhibited in a wide variety of solo and group exhibitions at numerous international galleries and museums. His works are also included in many prestigious private collections including those of the San Francisco Museum of Modern Art (USA), Modern Art Center (Milano, Italy), Graz Museum (Austria), Raum fur kunst und Musik Dusseldorf (Germany), and the Cartier foundation (France).

Violence, transformating, the bestial ravaging of the physical as well as mental self are the topics so explicitly explored by Yang Shao Bin. His canvases and sculptures portray distorted figures engaged in bloody tussles or in bizarre acts of self adulteration, all of which are set against garish red, black and eerie green back drops.

The faces of the figures are blurred, as are their movements, thus robbing them of any sense of individuality and allowing them to more purely express the absolute agony of corporeal destruction. One senses that these are not depictions of independent acts of violence, but are instead almost iconographic representations of the brutality so often evinced in human history.

Yet despite the obscuring of faces or the use of generic, prototypical features, the paintings retain a deep psychological resonance through their gaudy colours and their historic affiliation.

They recall not only the disturbing paintings of Francis Bacon and the expressively frightening Asiatic sculptures of Gods primed for battle, but also the explosive emotions and sentiments entangled within our history's chronic bursts of violence - the very revolutions, wars and bloody political coups and upheavals upon which Yang so graphically taps into his startling and unnerving works. 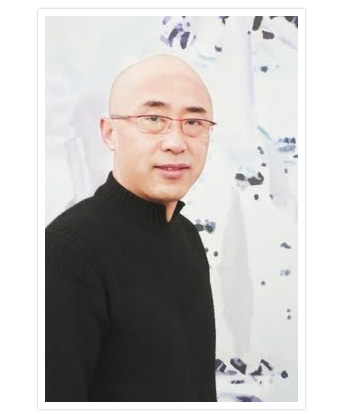 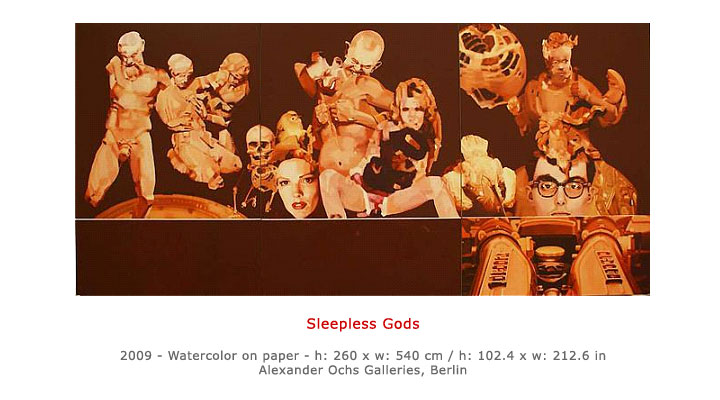 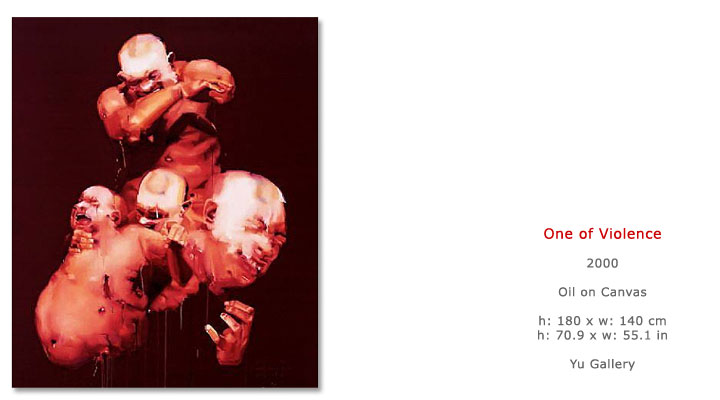 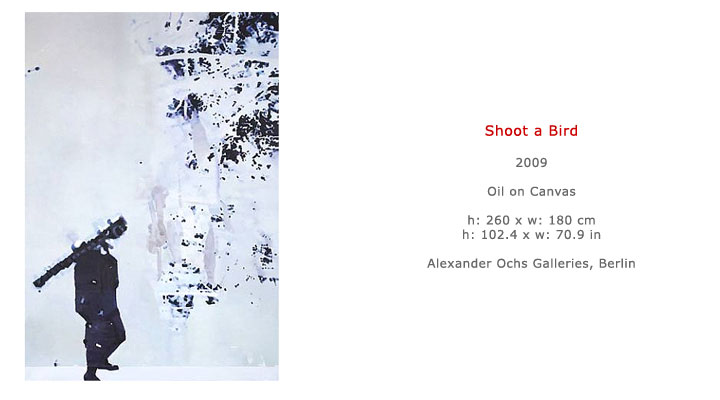 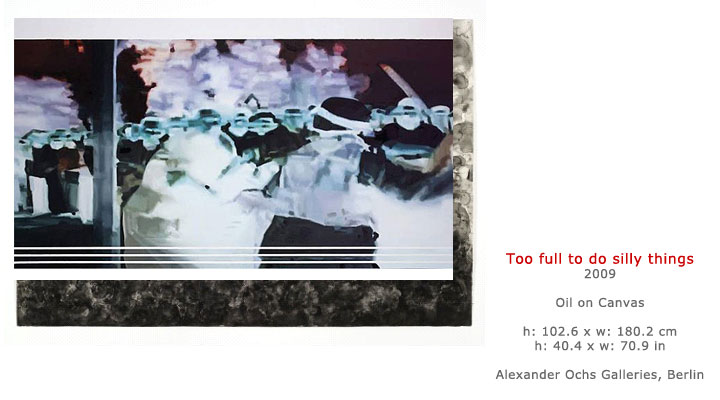 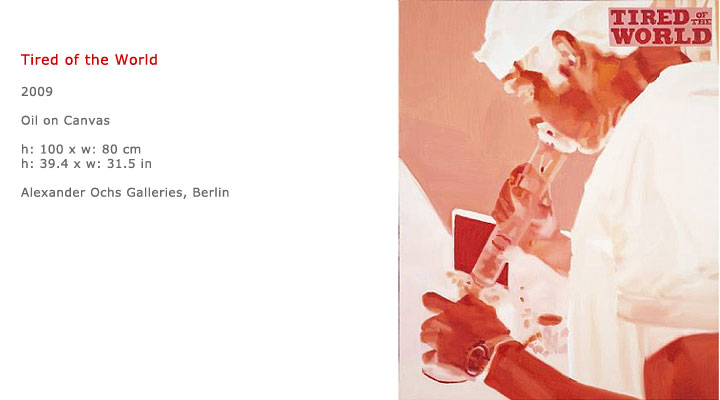 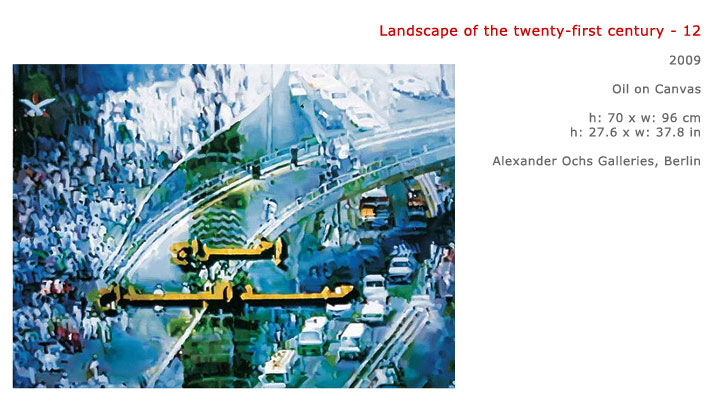 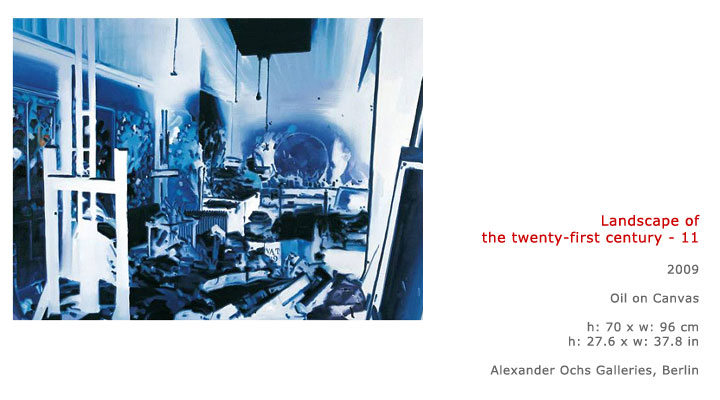 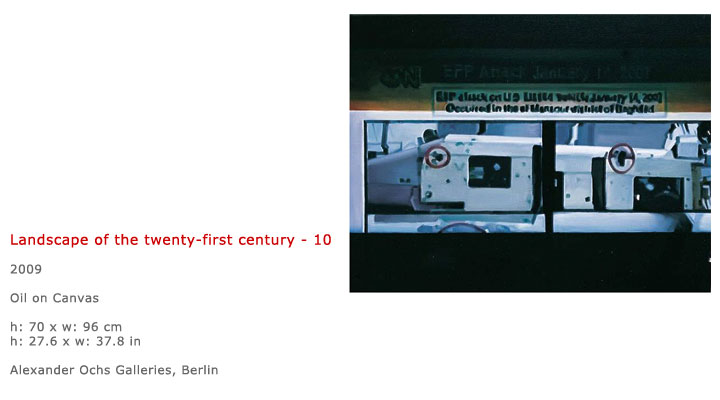 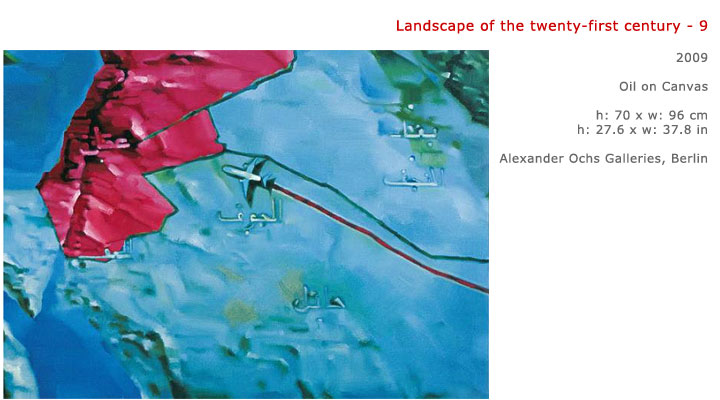 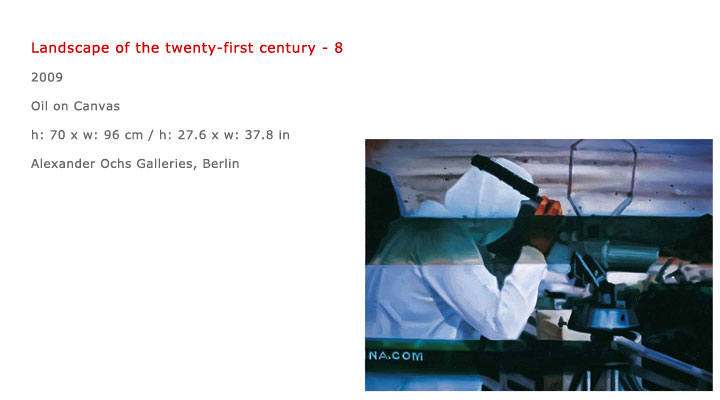 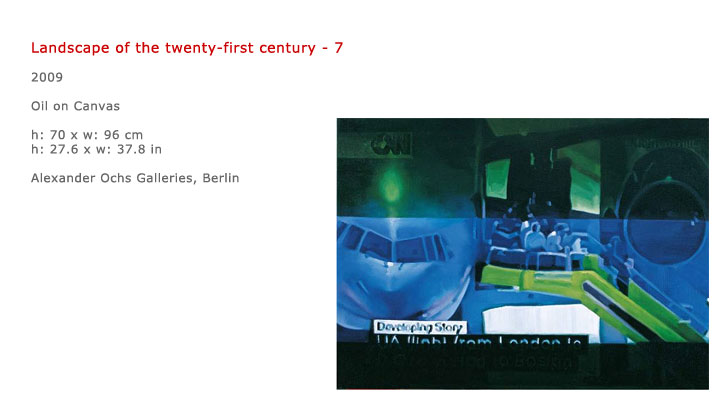 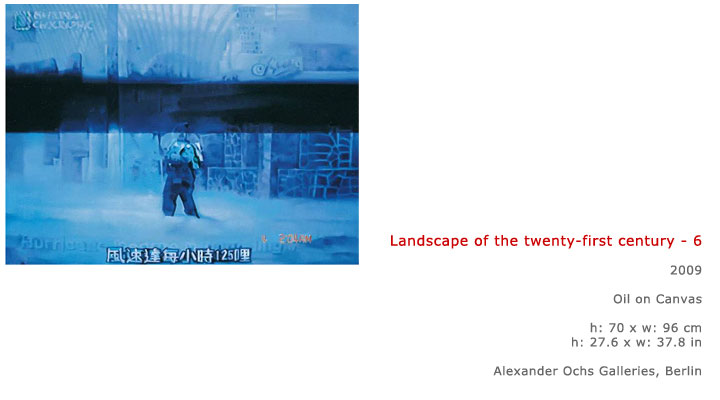 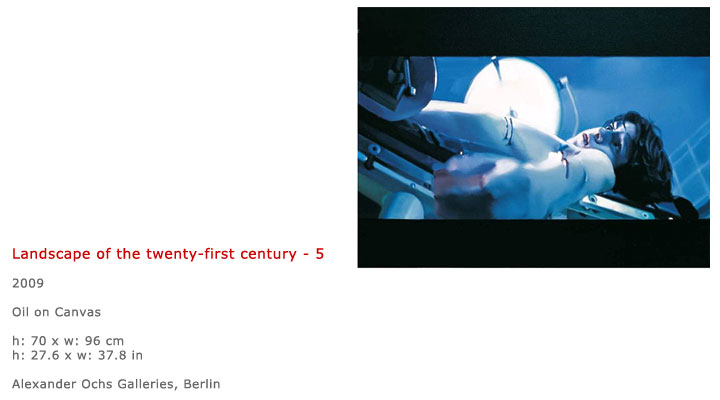 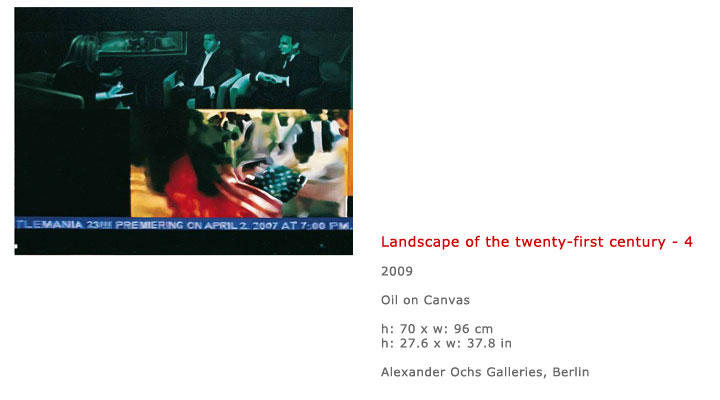 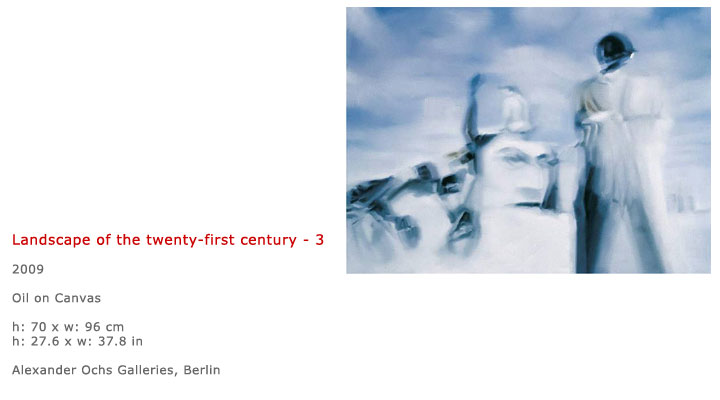 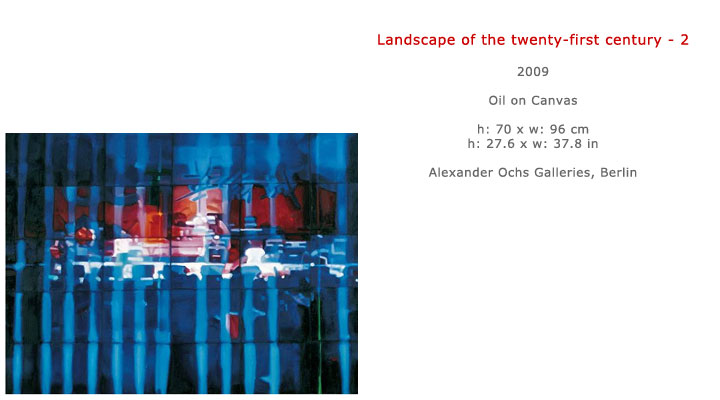 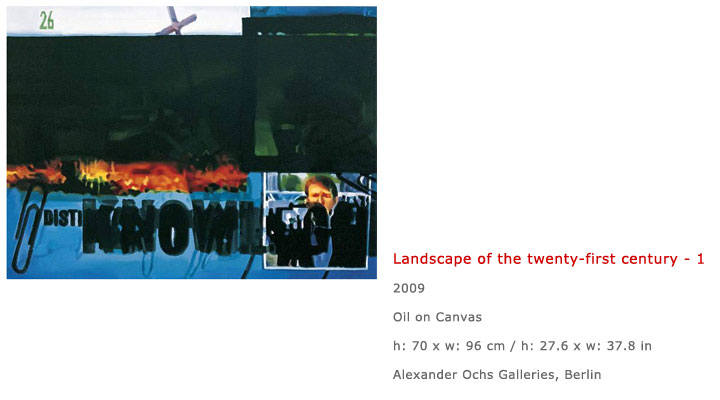 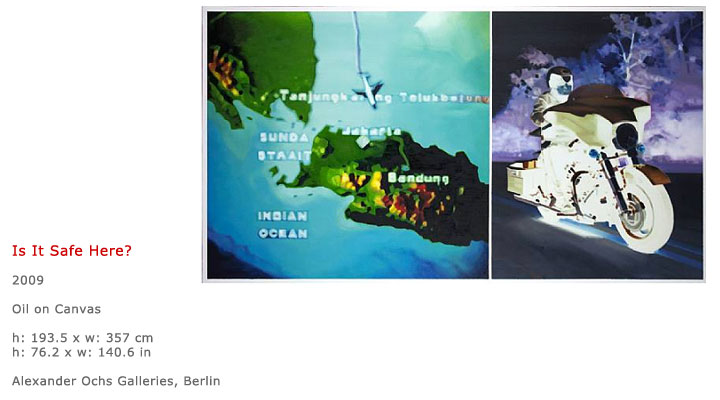 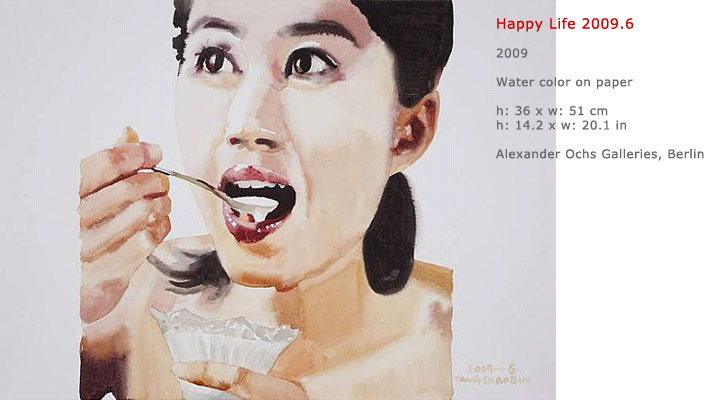 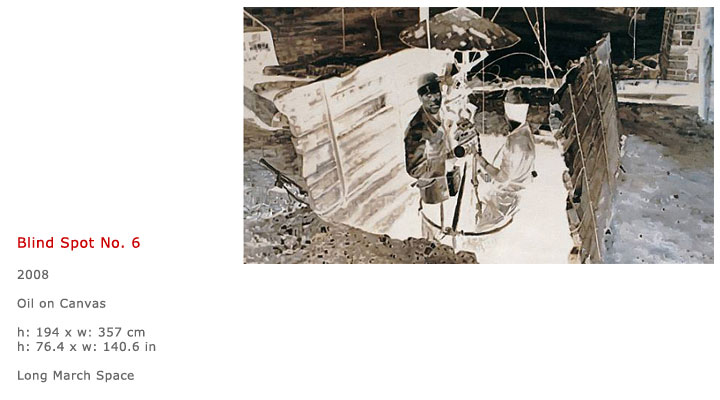