Yan Pei-Ming was born in 1960 in Shanghai, China, and was the second of four children. He grew up during the Cultural Revolution, and started to paint in his spare time. He applied for admission to the Shanghai Art & Design School, but was rejected due to his stutter.

He moved to France in 1980 where he quickly became a star on the French painting scene. Now known internationally for his larger-than-life, much-sought portraits of political and cultural icons, he has emerged as one of the most dynamic and experimental Chinese/French painters.

His expressive style and controlled palette reflect aesthetic influences from both the Chinese cultural tradition and twentieth-century Western conceptual art. He has had solo exhibitions at such venues as David Zwirner in New York, the Musée d'Art Moderne in Saint-Etienne (France), the Shanghai Art Museum, the Guangdong Museum of Art in Guangzhou (China), Kunsthalle Mannheim (Germany), and the Musée des Beaux-Arts in Dijon (France). Group exhibitions include the 10th International Istanbul Biennial (curetted by Hou Hanru), the 2nd International Biennial of Contemporary Art in Seville (Spain) (artistic director, Okwui Enwezor, SFAI's dean of Academic Affairs), the Grand Palais in Paris, the Musée du Luxembourg in Paris, and the 1995 and 2003 Venice Biennials.

Having grown up in Shanghai during the Cultural Revolution of the 60s and 70s, felt the first flickers of the post-Mao Zedong reforms, and then moved to France in 1980 (first to Paris, then to Dijon, where he still lives), Yan Pei Ming is an apt representative of a generation of global citizens who have at once weathered the alienating mutations of late-twentieth-century geopolitics and relevantly contributed to the ongoing globalization process ensuing upon them. Indeed, the fact that he has existed and worked at the crossroads of global struggle, both physical and spiritual, is what centrally informs Yan's creative activities.

As if in constant agitation, radiating large, fast strokes that "conquer" the moving ground, Yan's paintings are not so much frozen structures of color and form as literal testaments to the agency inherent in the process by which they are made-a process that is, notwithstanding, persistently haunted by ideologically suffused memories. Primarily using black (sometimes, red) and white to construct an artificial world beyond the "reality" of the full color spectrum, Yan's economical portraits of iconic or historic figures (for example, Mao himself, Pope John Paul II, Bruce Lee, and Barack Obama) are, in the most straightforward sense of the word, actions. And, like most actions, these too admit of multiple interpretations.

But the iterating interpretive ambiguity that Yan is able to effect in his portraits is primarily the result of the critically provocative, even politically subversive, painterly force with which he imbues them, thereby deconstructing-as it were, at a stroke-the genre's classic and prima facie tendencies toward psychological conservatism, generational continuity, hagiography, and, more recently, celebrity worship. Out-Warholing Warhol in the process, Yan manages to place, as if just over the shoulder of the hesitant-seeming mien he in fact depicts, a doppelganger on the verge of a new-and, more often than not, darker-reach of emotion. Such haunting of the self by the self-the self as its own semblable-is quite literally brought out in the black-and-white watercolor series of diptych like facing portraits in which the incumbent self is forced to rub up against the self-elect, its own incoming distractedness and mood. To be sure, in a trenchant reworking of this very series (displayed at the Grand Palais in Paris in October 2008), Yan turns the screw and deconstructs his own oeuvre.

By juxtaposing an image of President-elect Obama not with another, self-assessing image of Obama himself-as previous such portraits might well have led the beholder to expect-but, rather, with an image of defeated presidential contender John McCain, Yan intimates, as if to concur with those skeptical about the two-party system in the US, that both candidates epitomize merely differential aspects, writ in water, of one another.

Indeed, whether undoing conventionally accepted identities by making visible the logic of their internal differentiation, or demonstrating the ways in which conventionally accepted demarcations disavow all-too-similar similarities, much of Yan's recent work overtly concerns socio- and geopolitical conflict and the related humanistic questions it engenders. Children from economically underdeveloped nations who suffer from brutality, starvation, poverty, and other disasters are poignantly portrayed side by side with UN secretaries-general and soldiers who have fought in the war in Iraq.

Finally, as a way to stimulate and increase public awareness, Yan takes his work beyond the conventional museum space and places it-in the form of flags, posters, and various other "outdoor" manifestations-in the public sphere. 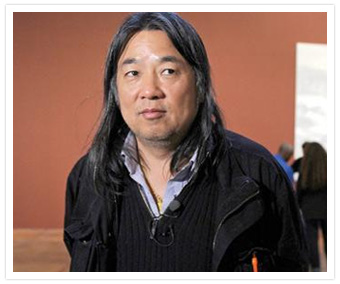 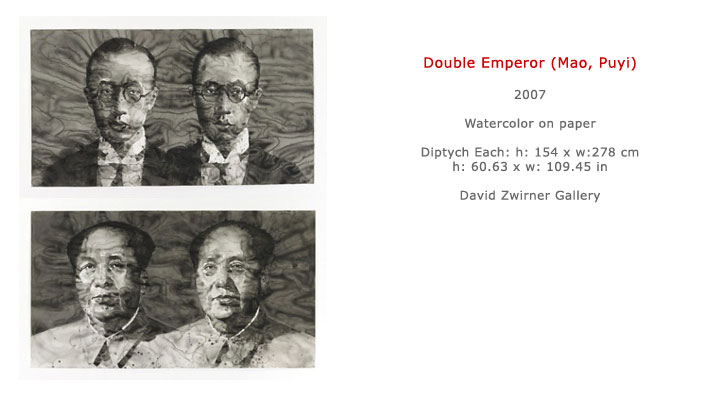 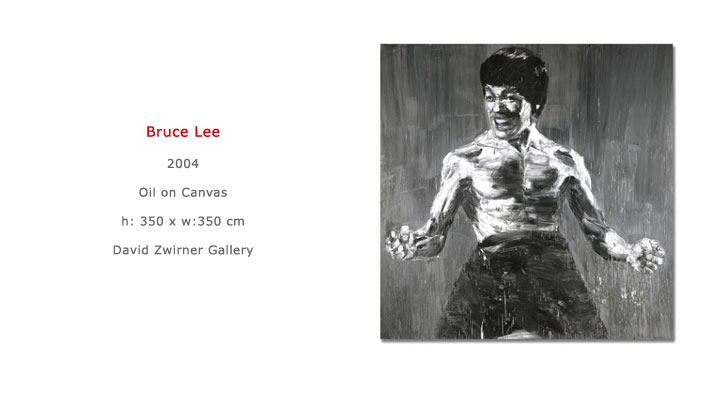 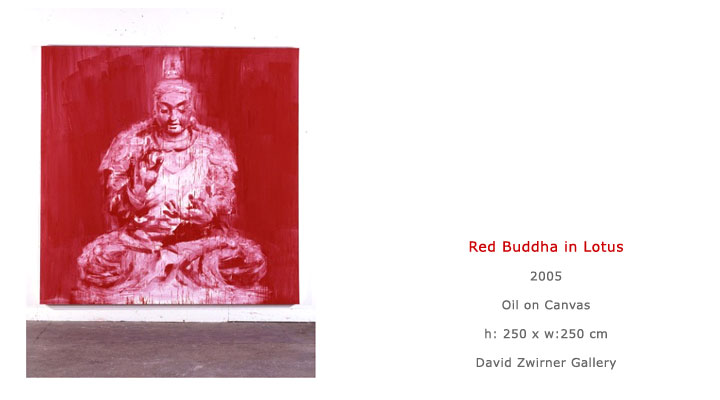 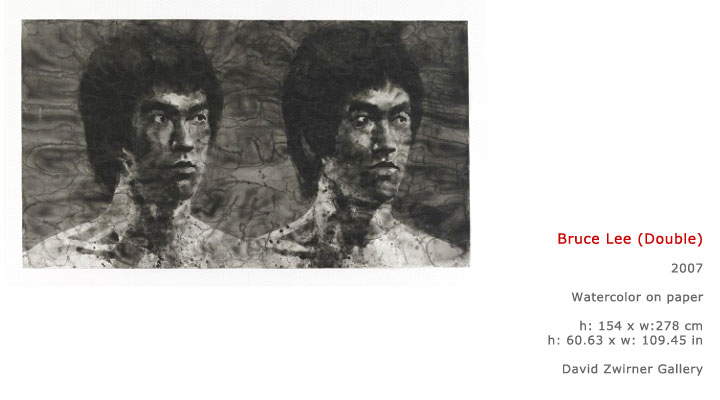 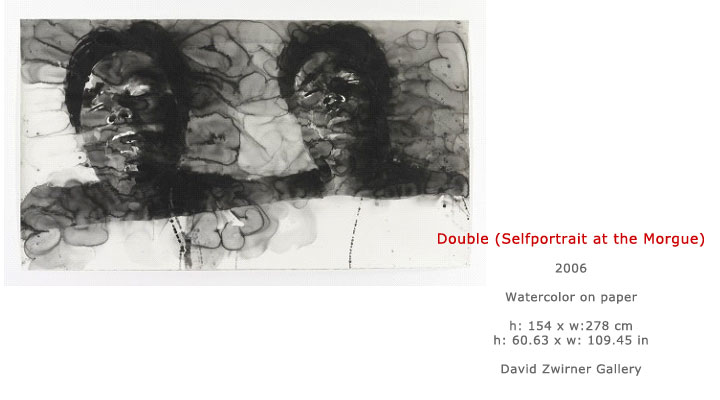 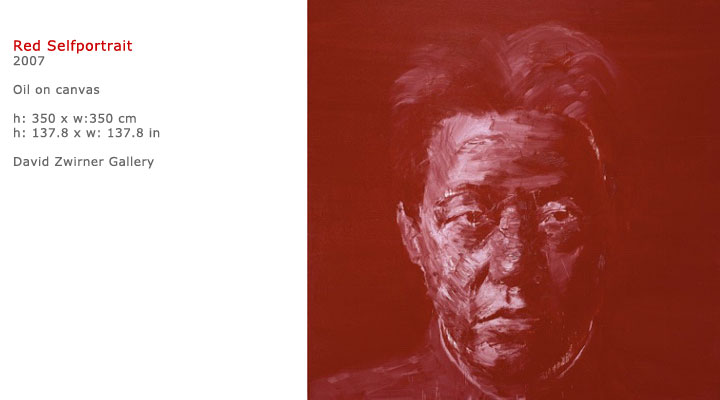 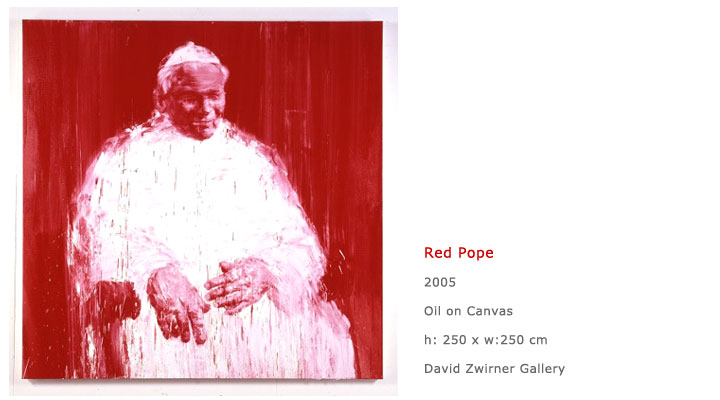 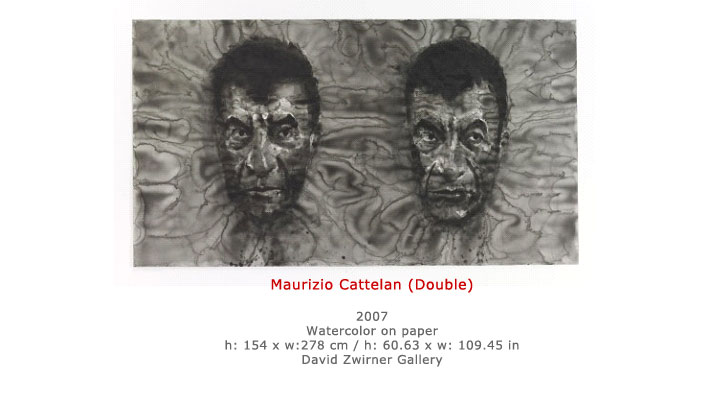 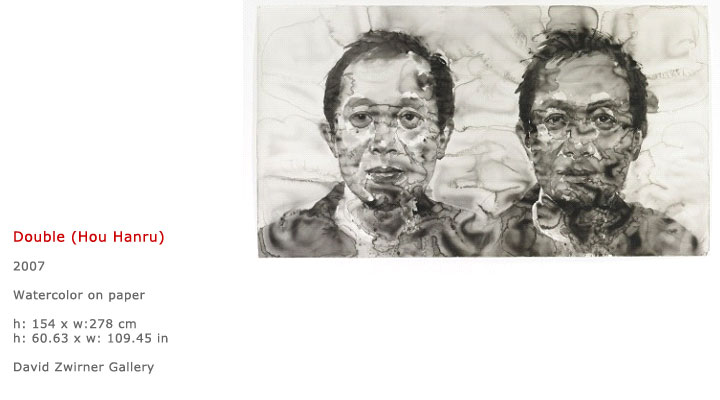 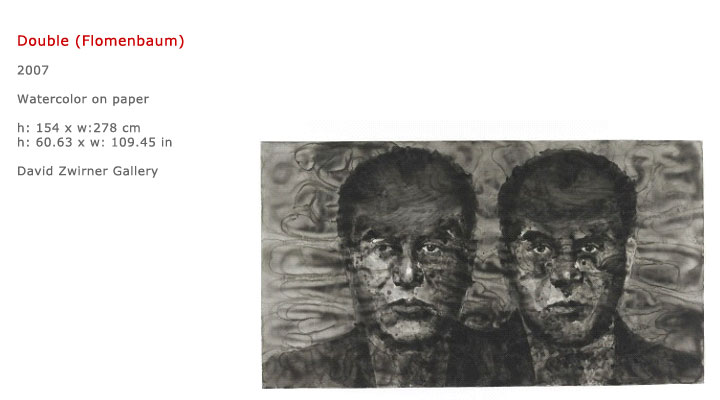 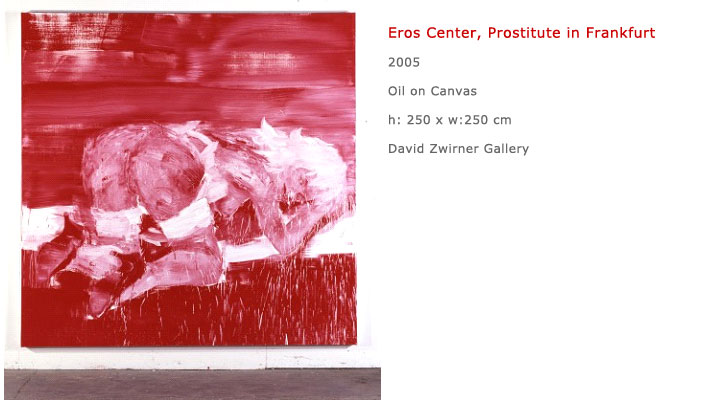 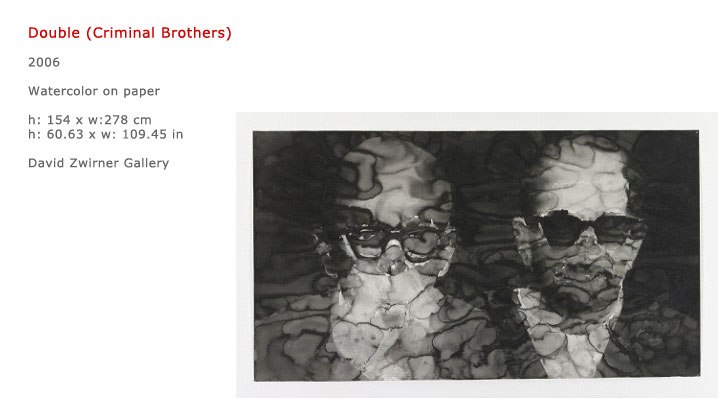 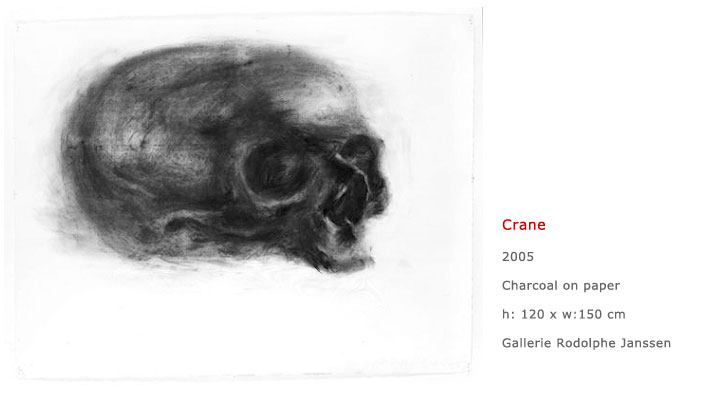 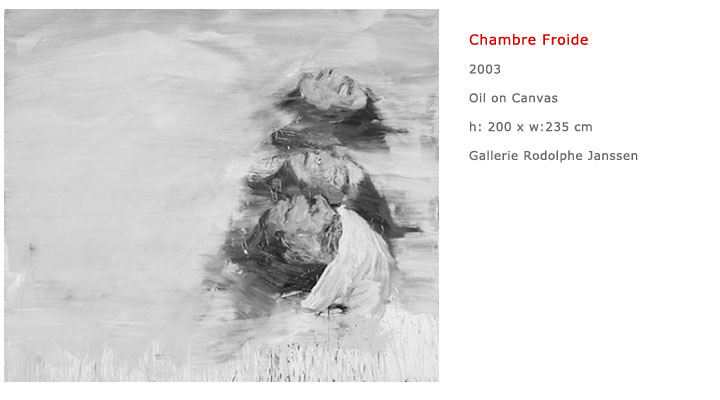 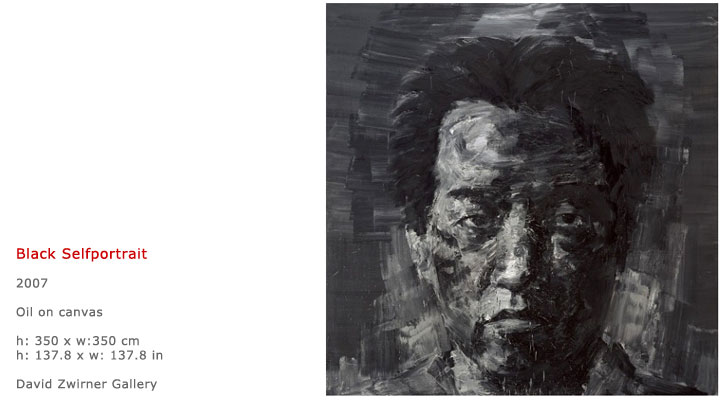 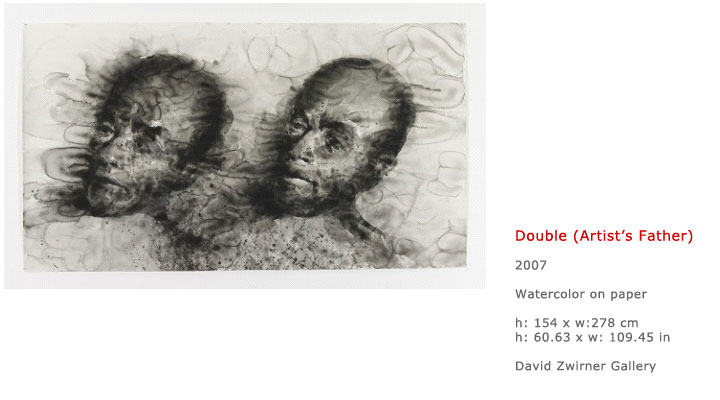 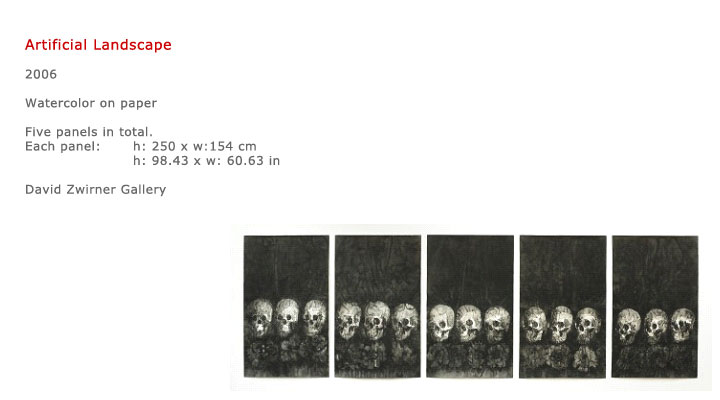 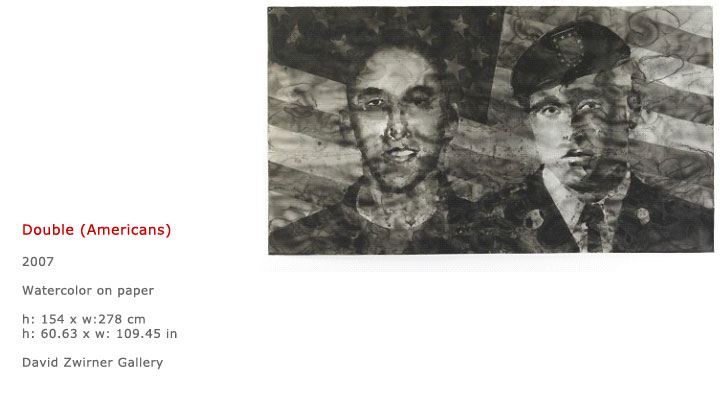 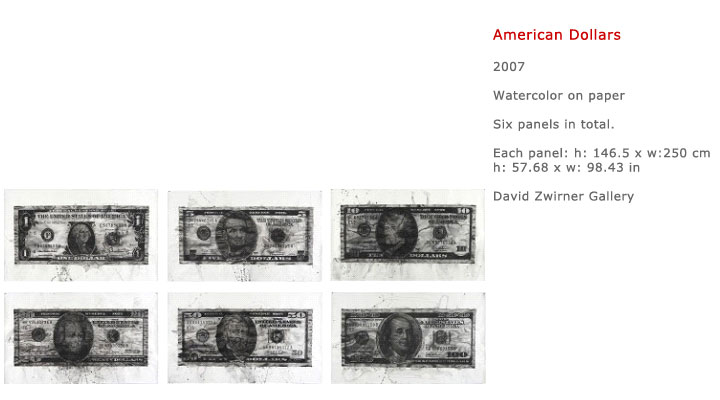 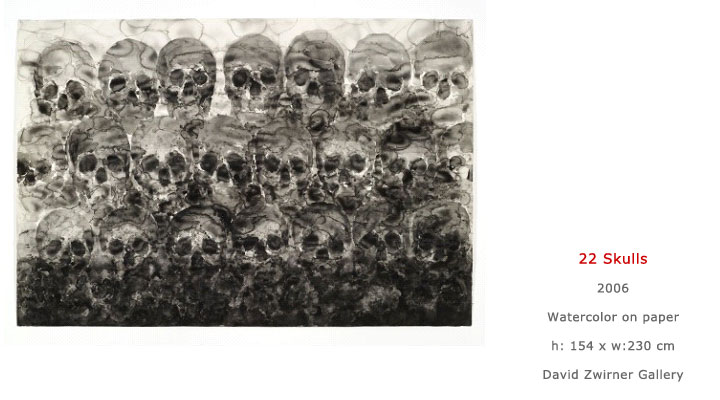