Born in 1961, Hainan, China.
Weng Fen graduated from Guagzhou Academy of Fine Arts in 1985.
Currently he works as a Teacher in Art Collage of Hainan University
Wang lives and works in Haikou, China.

The transitional phases and changes in China since its opening up in the 1980's, both physically and emotionally, have been the source of inspiration for Weng Peijun (Weng Fen) and his work. In his earlier series 'Sitting on the Wall' and 'Bird's Eye View', Weng's epic images focus on the upraising of urbanism in cities such as Haikou, Shanghai and Shenzhen.

His subjects start out as outsiders looking into this overwhelming transformation with anticipation, fear and curiosity to being in the centre of it all. Weng then follows and evolves inwardly, shifting his attention from physical changes to emotional and spiritual transformations, from urban cities to rural countries, exploring the possibility of finding an otherworldly utopia, a place that may have existed all along in our hearts and minds, in our memories and those innocent times, which results in the acclaimed 'Staring at The Sea' series... 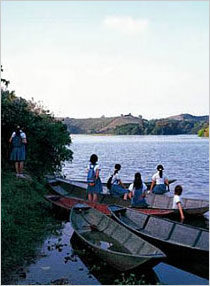 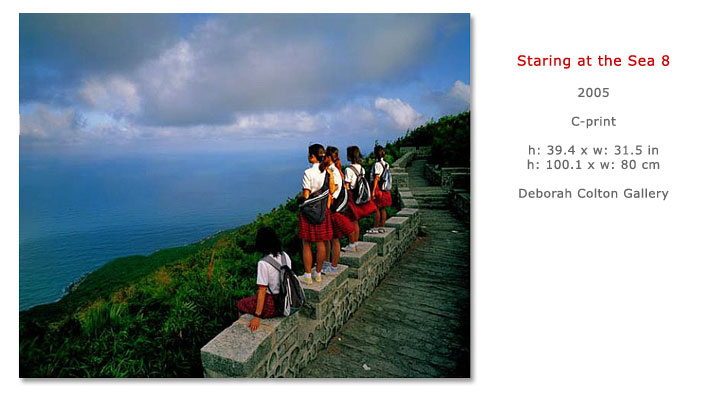 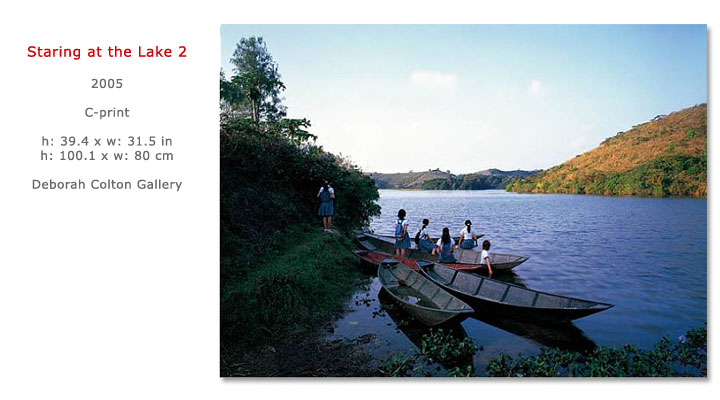 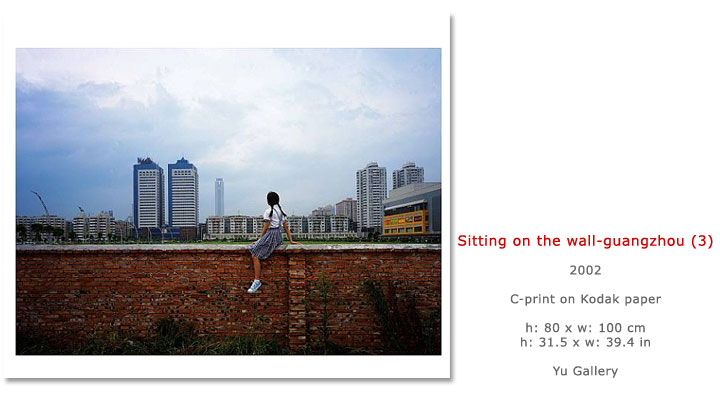 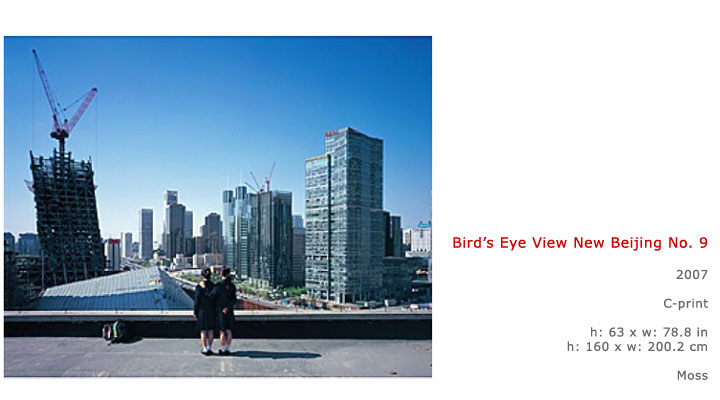 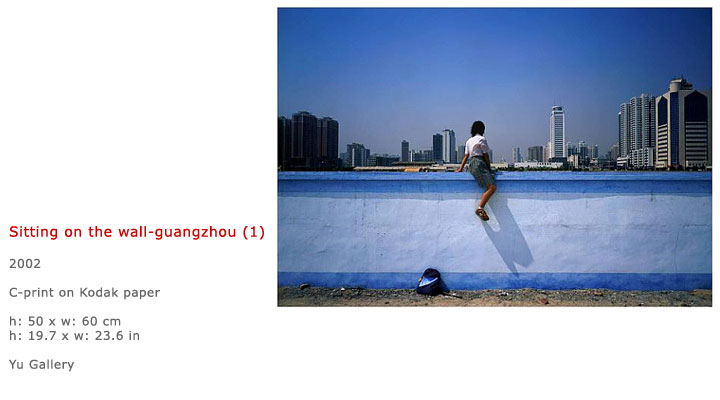 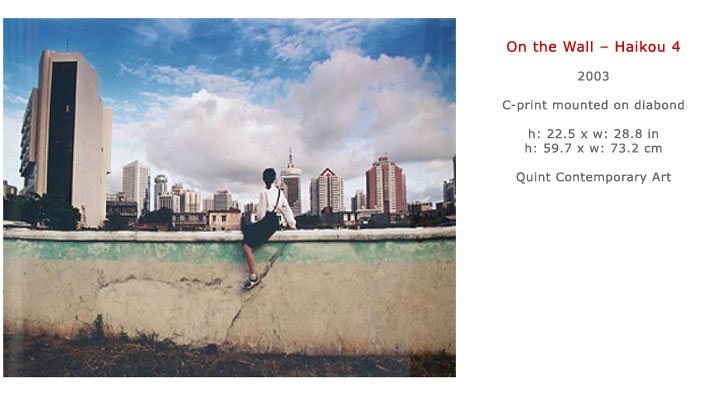