Born in 1957 in Harbin, Heilongjiang Province, China.
Lives and works in Beijing.

Graduating from the painting department of Zheihang Academy of Fine Arts in 1984m Wang Guangyi is representative of the first generation of artists to break away from the realist style of painting encouraged in the academy at the time. From the outset of his career, his willingness to take on significant cultural icons stirred controversy.

Wang Guangyi is the leading artist of the post-1989 art movement known as Political Pop. Painting Cultural Revolution icons in the style of American Pop art Wang combines imagery from propaganda and advertising, leveling the difference between two forms of culture.

Idealised peasants and workers yield pens instead of hammers or shovels and appear to extol the virtues of Coca Cola, Nokia or Swatch. Wang Guangyi calls the ironic effect produced by the juxtaposition of icons, cultural or other, from different eras anatomic structuralism. This anatomic structuralism destroys the original intent of each image resulting in an absurdity.

At the same time that an artist criticizes society, he also acts to alert it, to awaken it to the awareness that there may be many things spreading forever through one's consciousness, this awareness may be the starting point for the revival of a nation and a people.

His work takes aim at the state controlled art-making practice enforced in China during the 1950s through the late -1970s as well as taking its inspiration from the paintings of such Pop art masters as Andy Warhol and Roy Lichtenstein.

Wang Guangyi is interested in the visual transmission of the socialist message. He first thought about making his Materialist sculptures in 2000-2001. The inspiration came from the socialist realist statues he saw everyday throughout his childhood. Images of leaders or of model heroes were immensely effective communicators of power and idealism, and deeply inspirational for a great many people. Interested in the communicative power of these sculptures, Wang Guangyi wanted to continue the communication thus bringing that era of Chinese history to younger generations, making them reflect on Chinese history.

He wants to transmit the concept of socialism using a visual approach and at the same time communicate some of the faith the Chinese people had in the socialist message. Power is an important element in these works. Wang Guangyi considers these sculptures a turning point in his work, moving away from the cultural conflicts expressed in his Great Criticism paintings. 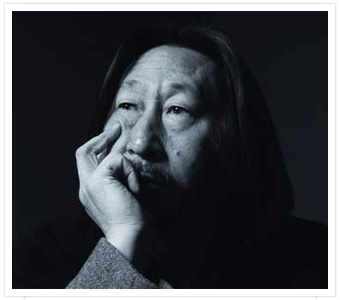 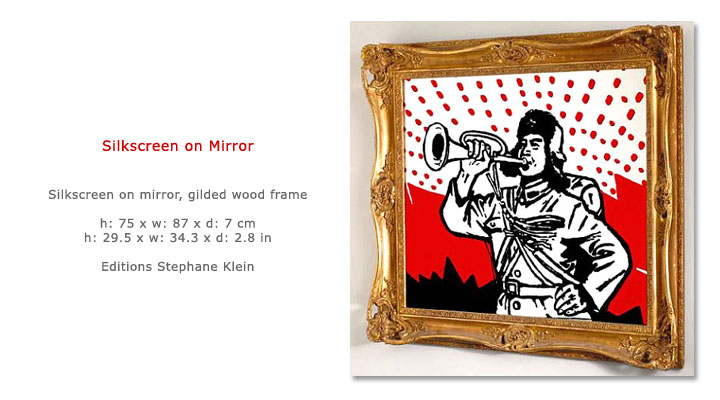 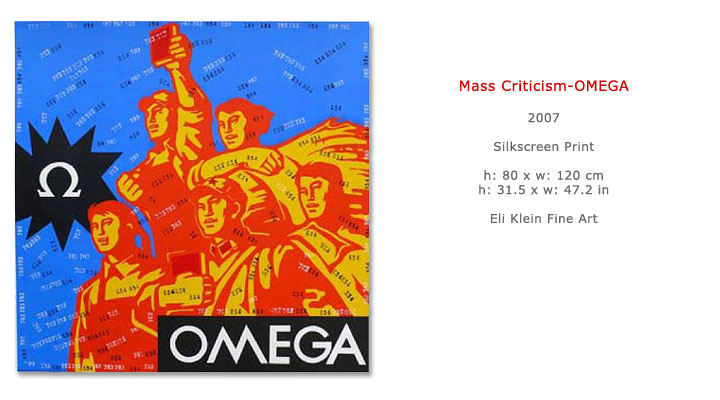 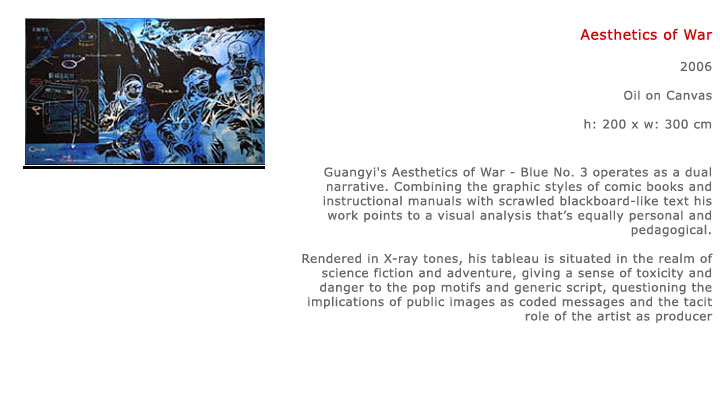 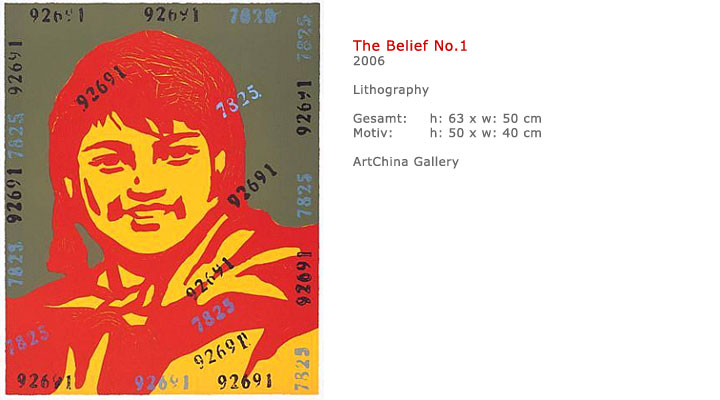 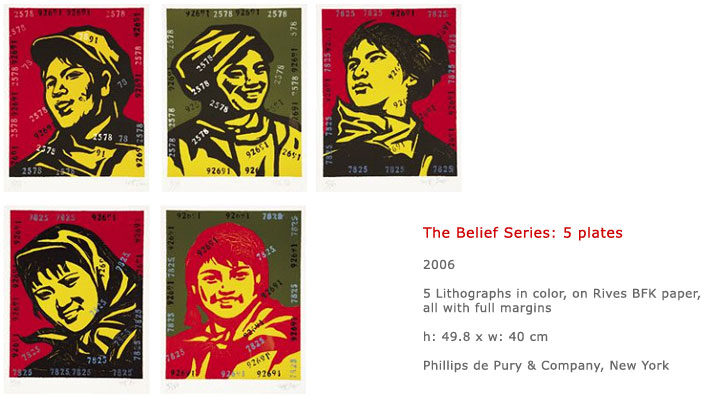 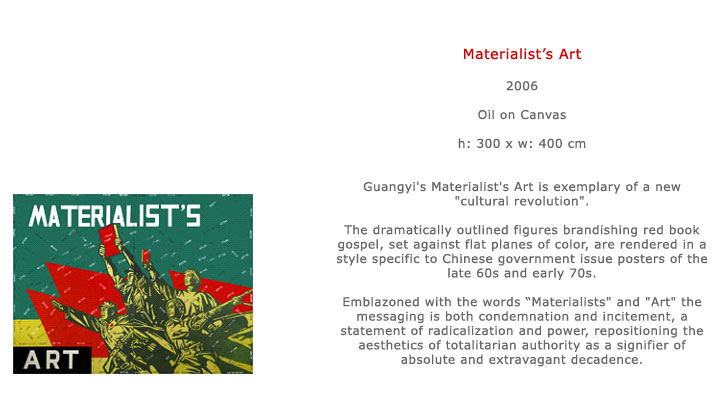 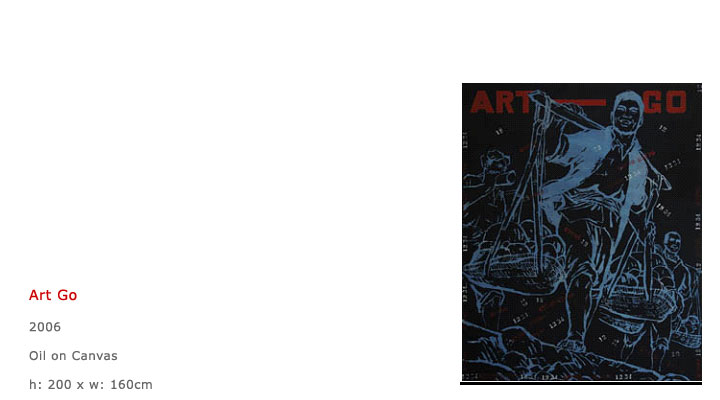