Shi Xinning was born in 1969 in Liaoning Province, China.

He graduated from Lu Xun Academy of Fine Arts in 1990.

Shi Xinning's works contain two elements. One is the faithful reproduction of 'real events' from newspapers, the other element is fabrications based on his own imagination. The premise is to present the audience with a different reality. Our supposed 'reality' is derived from different media, including the newspaper. The artist questions this kind of 'reality'. Trained in China, Shi Xinning's paintings are influenced by both social realism and European styles.

Using the authoritative qualities of both, Shi embarks on history painting with a twist. Taking his imagery from iconic press photos, Shi's canvases faithfully represent the world as we know it: the Yalta Conference in familiar 40s sepia tone, the Queen Mum in carriage emblazoned in newspaper black and white. It's only on second glance that Shi's alterations become evident. Nestled between Churchill and FDR and conversing happily with royalty, Mao takes his place amongst the great leaders of the 20th century.

In China-fying history, Shi investigates dynamics of both the west's Eurocentric, and China's isolationist past world views. Humorously illustrating the Chairman's import and omnipresence in 20th c Chinese society Shi's insertion of Mao into the fabric of western collective conscience seems entirely plausible. Infusing the totems of propaganda currency with a sense of normality and humility, Shi re-authors the most cherished moments of collective memory with a 'Forrest Gump' effect, creating a specious mythology based in Hollywood schmaltz and unabashed optimism.

Xinning's alternative Mao biography operates as a free-for-all send up of official versions of history; his subjects are carefully chosen for their collision course narratives and gossipy innuendo. Beneath Xinning's paintings lies the intriguing proposition: how differently things might have turned out if only a little thing like ideology didn't get in the way.

In A Holiday in Venice - At the Balcony of Ms. Guggenheim, a Cheshire-ish Chairman lounges linen-clad and carefree, having possibly met his match in the famous art collector; he an aspiring poet and calligrapher, she a respected patron, both figures notorious for their libidinous antics...

In Mao and McCarthy, Xinning's feigned documentation makes hilarious political commentary. Painted on grand-scale, as if blown up from the pages of Life magazine, the scene unfolds like an expose of over-looked evidence pointing out a most embarrassing gaff: all cameras and eyes on the accused, no one seems to recognise the real communists in the room (though who better to sit on the House Committee on Un-American Activities?) Xinning recreates this lost moment with the veritas of mass media authority, his high contrast palette and inky brushwork replicating the tones and texture of cold war journalism with all its greasy smudgy truth. 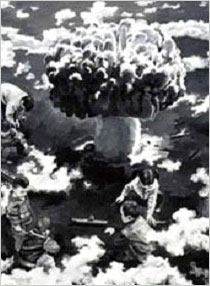 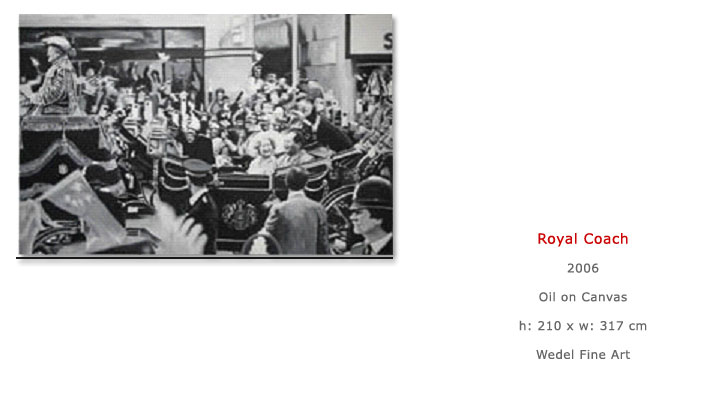 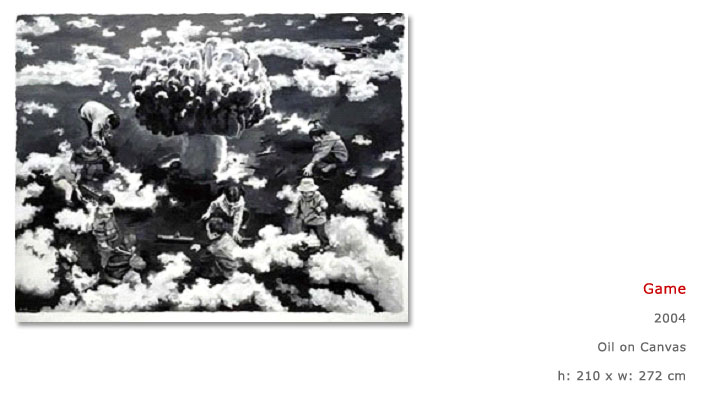 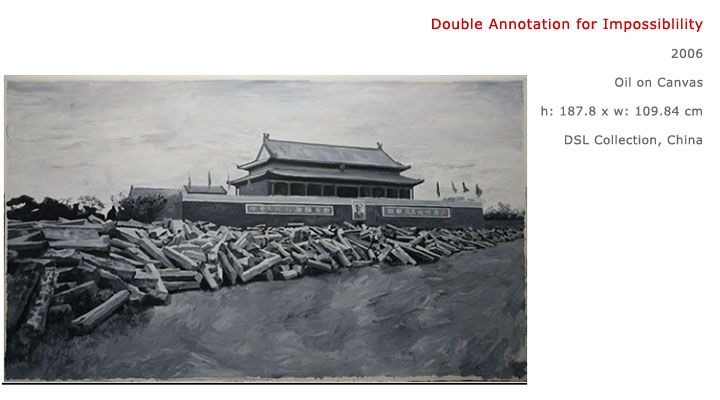 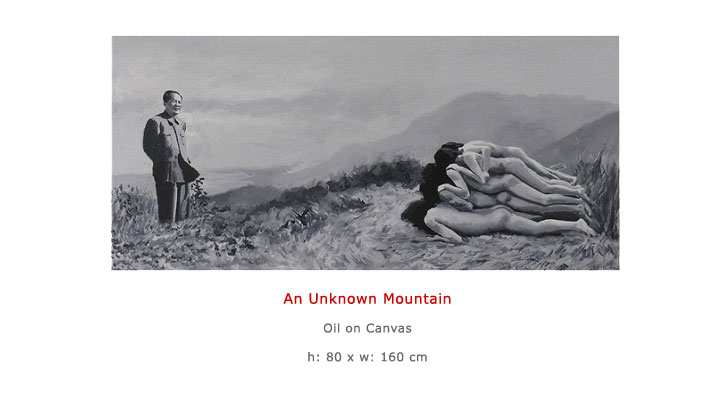 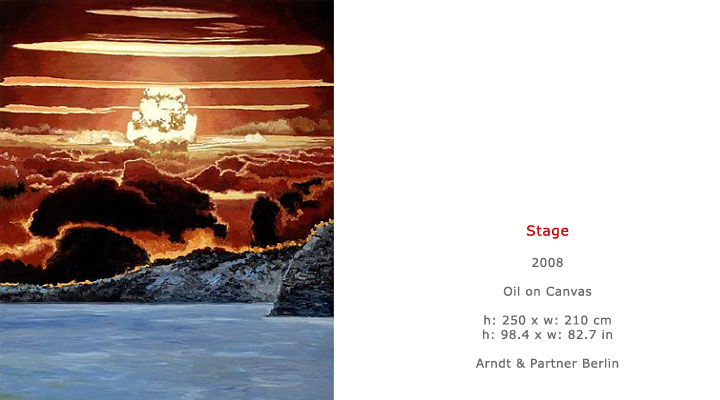